Q and A blurb

A weblog about my family search and genealogical journey. My ancestors and relatives, findings and wild goose chases, dead ends and brick walls, climbing trees and seeking dead people, sources and resources, and more...

So things were going ok at the start and then bam. hit the wall.... at James Williams.

James aka James Henry Williams married Clarissa Alice Richards who for some unknown reason has been aka Betty. Clarissa was the daughter of Christopher Richards and Nancy Adeline Moore. But who were James parents??? We dont know for sure.

However there are some probable candidates for the title... among them, Johnson Williams who married Judith Thornton in 1821 in Franklin County, Virginia. Shortly after the 1818 birth of James Williams.

Now according to sources, James was the son of Malinda Smith ( or was it Melinda???) and was born in Franklin county (1818). As I have said before he died in the sixties (1860s) in Richmond of a fever during the war. Some say he was a gambler, some say he was a Blackfoot. The census says he was a farmer. But could he have been the son of Johnson Williams of Franklin County??? Yes, he could have. You see, there is only one record mentioning Malinda (Melinda???) and after that she vanished. Can find nothing else about her. Did she die after giving birth? Did she keep out of the limelight so well that there is not even a death record for her? Questions! Questions!

Could Malinda have been the first wife of Johnson Williams?? Did she die before 1821? Inquisitive minds and Descendants want to know. And you would think after the war that more attention would have been paid to records of the time, considering how the union army torched so many valuable records.

Anyway all I have now is theories and facts to try and form a logical conclusion or two. And without the help of a Vulcan, I just do my best....

My theory is that Johnson Williams at some point may have married Malinda Smith (Melinda?) and had James in Franklin County in 1818... After that time, maybe Malinda had complications and passed away, leaving Johnson with a baby and no mother to care for him. Along comes Judith Thornton who marries him and raises his family along with her stepson from a previous marriage. There are plenty of records of Judith and Johnson but very little of Malinda....

Its just a theory at this point, but it explains a lot of unanswered questions... and maybe some day it can be proven. Also, it explains why a certain cousin has many Thornton DNA matches that could not be explained. So who knows, maybe its right. The purpose in research is to look for answers, is it not?

While Johnson had a few children with Judith, he was somewhat older than her, which suggests to me that maybe she was not wife number one. She was born about 1805 and married in 1821 according to my sources at least, and Johnson was older, born about 1792, the son of Polly... He could have married Malinda and had a family with her by 1812ish... And maybe more than one son....

Any way its a theory... and thats where answers come from. 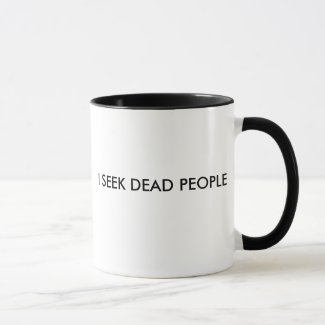 I SEEK DEAD PEOPLE MUG
by raynichols
Posted by ray nichols at 2:49 PM No comments:

Email ThisBlogThis!Share to TwitterShare to FacebookShare to Pinterest
Labels: shop 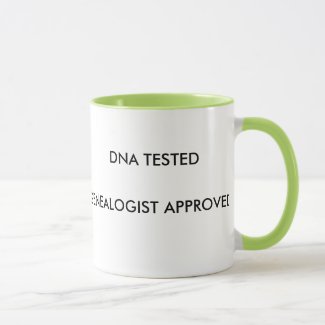 DNA TESTED MUG
by raynichols
Posted by ray nichols at 2:42 PM No comments:

Email ThisBlogThis!Share to TwitterShare to FacebookShare to Pinterest
Labels: shop

Following is the ancestor list of my ancestor John Washington, which makes these my ancestors too...

This basic ancestor view uses the ahnen numbering system. See the Family List for more generations and flexibility, the Compact Family Tree for an alternative view with the numbers, or John's Tree & Tools page for a conventional pedigree chart and links to other views.
Read more »
Posted by ray nichols at 1:49 PM No comments:

Read more »
Posted by ray nichols at 2:37 PM No comments:

Email ThisBlogThis!Share to TwitterShare to FacebookShare to Pinterest
Labels: sources

The Other Boleyn Girl

So i finally got around to watching The Other Boleyn Girl and it made a really good case for Henry Carey being the son of Henry Tudor.
You see, Henry Tudor played around... a lot... he had numerous mistresses in England among them my were my ancestors, Mary Boleyn and Agnes
Blewitt...
This movie focuses on the story of Great Grams Mary Boleyn who married a Carey but was for a time the mistress of Henry VIII... about the time she had her son who just happened to be named Henry Carey. Now i aint saying he is or he aint a tudor, but this movie sure seems to say yea verily.....
Read more »
Posted by ray nichols at 7:14 PM No comments:

A correction pops up now and then when you research your family tree. In the case of Brice Edwards who married Jane Rakes, turns out he is not the son of Ambrose and Olive Martin Edwards, but is most likely the son of Isham Edwards. This makes Isham my ancestor and Ambrose, a distant cousin. While both are apparently descended from a common ancestor, only Isham appears to be my ancestor maternal.
These things happen, and family history is never really done. You have to thoroughly research each case and keep an eye out for changes.

The Brice who married Jane Rakes was a Captain and was born in Patrick County. His daughter Elizabeth married Peter Simon Hancock.

See the difference. Dont just copy others trees, do the homework.
Keep climbing.

Posted by ray nichols at 6:43 PM No comments:

Dorces or Dorcas Pickle or Pickel or Bickel was one of two wives of my 4th gg Anthony King. Anthony was born in New Jersey and may have been the descent of Harmanus King who went to New Jersey from Holland.
Harmanus spoke Dutch and he married Marcy or Mercy or Mary Green or Smith.
Wait it gets better...
While I have a death record for Dorcas I can find no marriage record for her.
However, I have found the marriage record for Anthony's other wife Elizabeth Hartzo. She was the daughter of Englebert Hartzo and she married in 1795, about five years before the birth of his daughter Sarah King Shockey.

It appears that Elizabeth is the mother of Anthony's children, at least some of them. But at some point in time, Anthony married Dorcas as she is listed as the mother in the marriage record of Michael M King, when he married his second wife, Mary Puckett Price in 1882.

So Dorcas is probably the second wife of Anthony and the mother or stepmother of Michael. At any rate it appears she was in the kids lives in 1882. Still dont know when Anthony died but I found him in the 1850 census living with my ancestor and his son, Anthony Jr., who btw was born in Virginia, which puts Anthony Sr. there when he was born, so about 1810 or earlier. Anthony Sr. was alone then so both his wives may be gone at this point.

I dont know much about the Hartzos. They were probably from Germany, but it looks like Elizabeth was the biological mother of Anthony's children.
Dorcas was born about 1772 and died in 1859. She married in 1795 at about 23 and the first known child was born about 1800.

Sarah was b. 1800 m. 1830 but her mother is not listed on the marriage record. Was she alive then?
Next is my 3rd gg Anthony who was b. 1810 m. 1830. No parents mentioned in the record but I am pretty sure his father was living with him in 1850, seemingly unmarried. Also, records show that Dorcas was alive then. She died in 59, but Michael still listed her as his mother in 82.

Posted by ray nichols at 9:17 AM No comments:

recently found three more sons of john nichols and martha jones. martha remarried in 1873 to a robert meeks and was in the 1880 census as martha meeks living with her three youngest sons. henry, robert lee and samuel sampson nichols in west virginia where she had married robert smith meeks. although they were living apart at the time and were listed separately in the census. not sure if henry nichols is the same as james h nichols or his brother. but there is definite evidence that samuel sampson nichols is the son of john and martha jones nichols. and the census shows that martha became a meeks in west virginia. these three younger sons apparently spelled their name as nickles or nickels in wv.
also this would place john's death date about or before 1873 most likely. still have no death certificate for him or martha. i believe samuel sampson nichols is named after his uncle sampson jones. thats obvious. and now i wonder if maybe grandpa rufus samuel may have been named after him. the nickles / nickels family line there continued on with the same spelling. also, this census shows that martha was still alive in 1880.
Posted by ray nichols at 12:10 AM No comments:

throwback thursday to an article about John King and Milwaukee Nichols Wilson....

My 2nd great aunt Milwaukee Wilhelmina Nichols was born in 1887 Franklin County, Virginia. She later married Jonas Larkin Wilson in 1905 and had 12 children. Two sets of twins among them died young. She passed away in 1950 and was probably buried on the family farm. Her grave now sits close to the Parkway and her four twins nearby. She was the daughter of Ezekiel Hankin and Harriet Isabel Williams Nichols.

Further down in the article is my 4th great grandfather John King. He was born about 1759 and fought in the revolution. He had about six children before he was laid to rest in Floyd County. Virginia. He was the father of Henry D. King who was an ancestor of my grandmother Mae Collins Nichols. 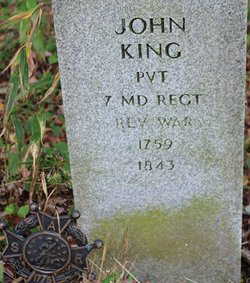 Posted by ray nichols at 9:24 AM No comments: 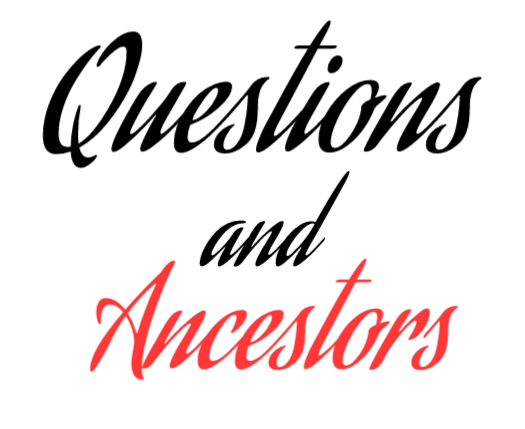 Make your own crest at MyBlazon.com

ray nichols
i am no one.